The Roseville Police Department is on the scene of a solo-vehicle fatal traffic collision on Harding Boulevard near Douglas Boulevard. At 5:08 a.m. Tuesday, it was reported that a Volvo sedan had collided with a tree. The female driver was pronounced dead at the scene.

The Roseville Police Department’s Major Accident Investigation Team is handling the investigation. Harding Boulevard will remain closed between Douglas Boulevard and Estates Drive for several hours while officers examine the scene. Motorists are asked to avoid the area and use alternate routes. 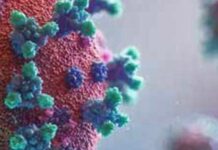