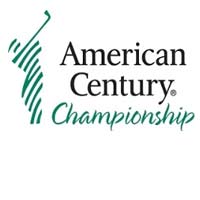 STATELINE, Nev. -The Lake Tahoe Visitors Authority will distribute $100,000 to local non-profits resulting from the 30th American Century Championship celebrity golf tournament with organizations invited to apply for funding by Friday, Sept. 13, 4 p.m. The application is available at: https://ltva.org/american-century-championship-donation-request-application/.

For financial support consideration groups must be in South Lake Tahoe, Calif., or in the Tahoe Township portion of Douglas County and meet 501(c)3 certified nonprofit guidelines. Each must provide an outline of their mission, describe how the donation will be used and indicate impact in the community.

Recipients will be presented with checks at the LTVA Board of Directors meeting, Thursday, Oct. 10 at 3 p.m.

Since 2009, donations exceeding $1.25 million have been distributed to more than 80 local non-profits to assist 11,500+ individuals. In all, 32 Lake Tahoe area nonprofits received donations from ACC in 2018.

The financial impact of the recent American Century Championship on the destination has been estimated at $30 million.