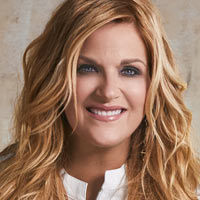 “The Williams Sonoma Culinary Stage, just like the entire BottleRock festival, celebrates the best of what can happen when food and music come together,” said Janet Hayes, President of Williams Sonoma. “We’ve had Martha Stewart cook with Macklemore, Giada De Laurentiis make pasta with Halsey and we even broke a World Record with Snoop Dogg and Michael Voltaggio making the World’s Largest Gin and Juice last year. The 2019 Williams Sonoma Culinary Stage lineup has more surprises in store than ever before.”

“Each year the culinary stage becomes more popular and entertaining. This is another great lineup that promises many surprises and classic moments our attendees won’t want to miss!”

In addition to the Williams Sonoma Culinary Stage, BottleRock guests will enjoy a variety of dining options throughout the festival grounds featuring many of the most celebrated chefs and restaurateurs from the Napa Valley and beyond.