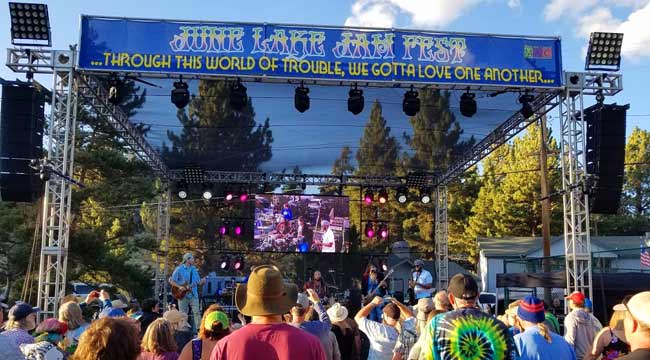 “This is a bittersweet moment,” stated Kristin Reese, MAC’s Executive Director. “It’s akin to that moment a child is ready to venture out into the world. We will miss the close relationship but are excited to see what the festival will accomplish for the community going forward.”

“The Arts Council has been the perfect, supportive birthplace of this event.”

According to Janet Hunt, Coordinator of the Jam Fest, the amicable separation reflects the overwhelming success of the event and desire to continue its growth as the premier boutique music festival in the Eastern Sierra. (read about our 2019 experience here)

“The June Lake Jam Fest continues its spectacular growth by leaps and bounds due to the high quality of the entertainment and production,” said Hunt. The effort and logistics of staging such a production has outgrown the capacity of the small but mighty Mono Arts Council. The Arts Council has been the perfect, supportive birthplace of this event.”

The June Lake Jam Fest was founded in 2015 by Hunt, then a MAC Board Member, as a fundraiser for music in Mono County schools. What began as a small one-day festival has expanded into a three-day event that features national touring acts and attracts fans from across the West Coast.

Both Reese and Hunt have emphasized that the relationship is not ending, but rather evolving.

“We look forward to working closely with the JLLOOPPAA in the near future and continuing a collaboration that has been marked by success and accomplishment,” said Reese. Mono Arts Council will continue to fundraise, plan, and implement a music program for the Eastern Sierra Unified School District.

Hunt pledged to partner with MAC in the future to provide summer camps in the June Lake Loop, music assemblies throughout the Mono County School sites, and continue to support MAC sponsored programs and events.

“Mono Arts Council is so grateful for the exposure the June Lake Jam Fest has provided these past years, and the opportunity to interact with the many talented performers that have graced the stage,” stated Reese. “Of course, none of this would have been possible without the vision and tireless efforts of Janet, her family, friends, the bands, and many loyal fans. They will always have a special place in the heart and history of MAC.” 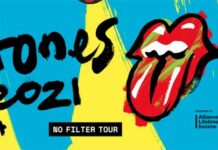 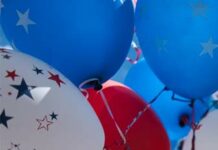 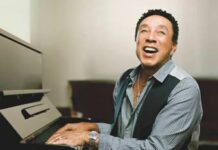 Smokey Robinson at the Paramount Theatre in Oakland 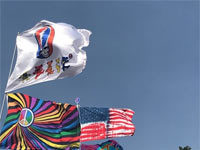 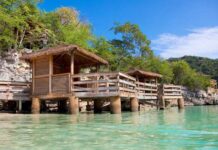