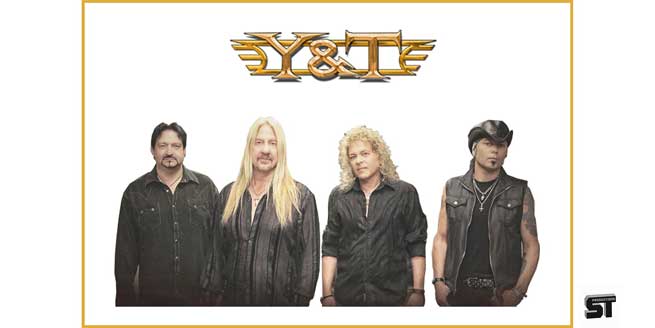 For a great night of Rock from one of the greats and a band that’s on it’s way up, you are not going to wanna miss this show! Tickets will go fast!

Before Mötley Crüe, before RATT, even before there was a Metallica, Y&T was slogging away in sweaty rock clubs around America. When the band formed in the early 1970s, little did they know they would set the standard for hard rock bands that trailed. Many of the biggest acts of the ’80s became popular opening for headliners Y&T—and cut their teeth on the band, as evidenced by the Y&T mentions in tell-all books by acts such as Metallica and Mötley Crüe.

RED VOODOO gained national attention during the summer of 2020 with their #1 Underground radio hit RISE UP, a song and video that expressed their feelings about isolation during the Covid-19 crisis and attracted the ears of their musical hero Sammy Hagar. Dino visited the legend for his birthday bash at Cabo Wabo and was invited to sing onstage with Sammy for a set of acoustic songs.