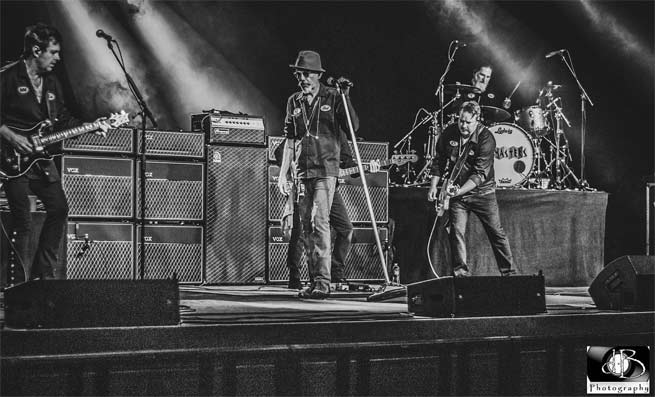 May 7 at Quarry Park Amphitheater in Rocklin

Formed in 2007, The Boxmasters have recorded an impressive and diverse catalogue of
music that touches on their love of a wide array of influences, but most importantly, the rock and
roll of the 1960’s. Listening to The Boxmasters, one can hear obvious odes to the Beatles, Byrds
and Beach Boys, but also important to The Boxmasters are The Mothers of Invention, Kris
Kristofferson, John Prine and Big Star.

Since forming The Boxmasters, several long-time friends have contributed to the sound
of the band, but the core of The Boxmasters has always been Andrew and Thornton. As primary
songwriters, the sound of the Boxmasters has been an evolution as the duo constantly strive to
find new inspiration, new sounds and new ways of expressing what is in their hearts and on their
minds. But at the core, there is a backbeat, a lyric with meaning and music played with emotion.

As a touring band, The Boxmasters have cultivated a rabid cult fanbase across the United
States and Canada. Opening for the likes of ZZ Top, Steve Miller, George Thorogood and Kid
Rock The Boxmasters have proven to win over large audiences. As a headliner, frequent stops in
Kansas City at “Knuckleheads”, Springfield, Illinois at “Boondocks” and “Merrimack Hall” in
Huntsville, Alabama have shown dedicated yet still growing audiences. Two appearances at
Levon Helm’s “Midnight Ramble” in Woodstock, New York were highlight performances for the
band, as well as the “Ramble at The Ryman” that Levon hosted in 2008. The Boxmasters
performed on “The Grand Ole Opry” in 2015, another in a growing resume of must-play venues.

For weekly or monthly events up to 12 occurrences within a year.
>> Get Started Here