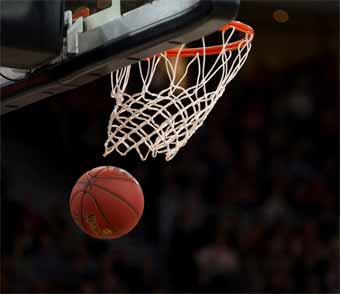 Kevin Grow of Bensalem, Pennsylvania, has been the talk of his town. In a high school basketball game against the Neshaminy Redskins, 18-year-old Grow led his Bensalem Owls in scoring with 14 points while draining four three-pointers in a 64-40 victory. And he did it all in less than three minutes of action.

Grow was born with Down syndrome, which was caused by an embryo cell division that created an extra No. 21 chromosome. It affects about 350,000 Americans.

In a telephone interview, Kevin’s mother Dorothy Grow said, “Kevin had been the team manager for four years and a couple weeks before the game the coach (John Mullin) asked Kevin if he wanted to play.”

Kevin was allowed to play in the second-to-last game for about 90 seconds, and again for 90 seconds at the beginning of the team’s last game, which was Senior Day. Three Bensalem players volunteered to give up their Senior Day starting spots for Kevin.

Near the end of the Senior Day game, and with Bensalem up big, Coach Mullin asked the Neshaminy coach if Kevin could play one last time.

Said Dorothy, “Kevin has been covered in the local newspapers, the CBS and NBC TV affiliates in Philadelphia, People magazine online, and Sports Illustrated is supposed to have him in their “Score Card” section.”

According to Dorothy, Coach Mullin, who doubles as the school’s special education director, said the probability would have been very low of any of his starters making four three-pointers in two minutes.

She said, “Kevin tries hard no matter what he does. He never says he can’t do something. He really is a great kid to have. His older sister played basketball and he has always been around the sport. Anything his older sister does, he has to do. He plays many sports, but basketball is his favorite.”

As team manager, Kevin provided water for players, cleaned up spills, brought out and retrieved basketballs for warmups, ran the clock during drills, and kept score during scrimmages.

“Kevin enjoyed the attention when it was happening,” she said of his making four three-pointers, “but he’s already onto the next thing. I don’t think he understands all the attention he’s getting.”

She advised parents of children with Down syndrome not to underestimate their child’s capabilities.

Be a Friend This Holiday Season