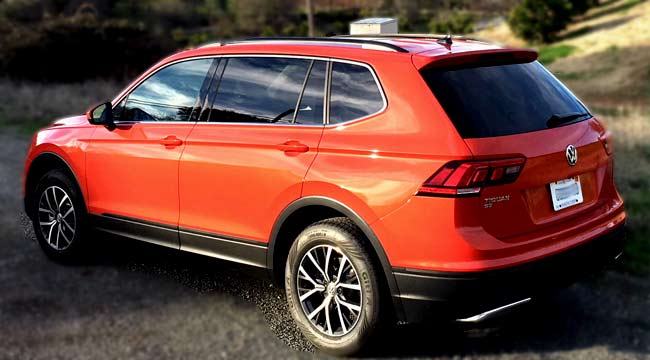 Despite a complete redesign a year ago that delivered improvements, sales of the Volkswagen Tiguan still dramatically dipped.

Naturally, the German automaker is hoping for a bounce-back year, where the only thing new about the 2019 Volkswagen Tiguan is revised trim levels and feature availability.

Notable changes took place a year ago at its Mexican plant when a turbocharged engine was introduced and Volkswagen dropped a few of the trim models. Volkswagen added a few more for 2019 and now has six choices (S, SE, SEL, SEL R-Line, SEL Premium, SEL Premium R-Line).

Two things that didn’t change in the redesign were size and gas mileage. The Tiguan remains one of the smallest compact SUVs and its gas mileage (22-29 mpg) still needs improving. That wasn’t a good thing for a manufacturer that has been in an uphill climb to win back buyers, thanks to irregularities in its internal emissions testing.

However, it’s certainly a plus that the Tiguan possesses the top bumper-to-bumper warranty in the segment – a 6-year/72,000-mile limited warranty. The warranty is fully transferable to any subsequent owners.

The redesign incorporated a new platform and the Tiguan is longer by 10 inches and roomier than practically every compact SUV. There is a three-row option that can seat seven people, a rarity in the compact SUV category that it shares with only the Nissan Rogue.

However, also know that the Tiguan’s optional third row seating is the smallest on the market – with 3.5 fewer inches of legroom than even the Rogue. The Tiguan is also the heaviest compact SUV (3,777 pounds) in the class.

The lone engine offered is a turbocharged 2.0-liter, four cylinder that generates 184 horsepower and 221 pound-feet of torque. While more powerful than some of the competition, it’s a stretch to say the Tiguan delivers good performance in all driving situations.

The Tiguan can labor on hills, doesn’t possess great passing speed in freeway situations, and lags when it first gets going – 0-60 mph in 8.6 seconds.

But the Tiguan makes up for its performance issues by providing a comfortable and quiet ride, traits that have always been its strengths.

Other than a third row that’s only suited for the kiddos, the interior is very good. There’s ample leg and head room for people in the first two rows. The second row has reclining and sliding seats that will please its occupants. The two-row Tiguan models offer 37.6 cubic feet of cargo room behind the second row. With a third row, there’s barely any cargo space.

Although Volkswagen addressed several of the Tiguan’s previous shortcomings it desperately wants to see sales climb dramatically in 2019.