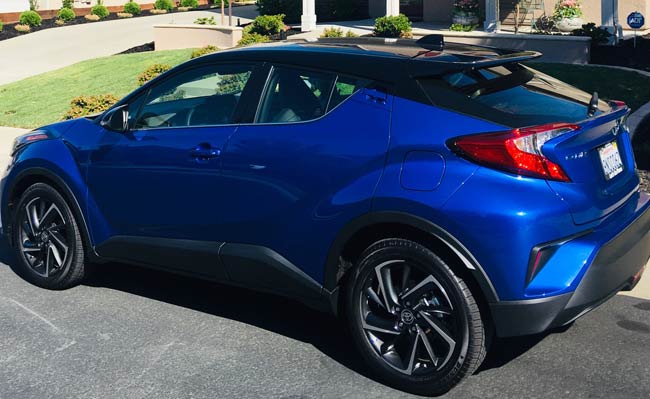 Roseville, CA- Toyota and its luxury division (Lexus) have manufactured a lot of sport utility vehicles, a sizable list that features SUVs large and small.

To Toyota’s credit, most of them are well regarded. And most importantly to the Japanese automaker, the fleet of SUVs does well in terms of sales in the U.S. market.

The smallest and most basic model in the Toyota fleet is the C-HR. The somewhat startling news regarding the subcompact crossover SUV is its underperforming compared to the competition.

Subcompacts continue to grow in numbers. Seemingly every manufacturer has one these days and many of them are quality SUVs. But the surprising thing of late is the C-HR is dropping in many of the online subcompact rankings.

While those sale numbers are OK, they are more than doubled by two subcompact rivals. The Kia Soul (98,033) and Honda HR-V (99,104) did well in 2019, and so did the Hyundai Kona (73,326). The primary reason these three subcompacts have more sales is they deliver significantly better.

Toyota refreshed the 2020 C-HR, yet an updated grille, front bumper, headlamps, and the addition of a few standard features will not help enough in the chase of its rivals.

The primary issue with the front-wheel drive C-HR is performance remains uninspiring. The lone engine returns, a 2.0-liter, four-cylinder that generates 144 horsepower and 139 pound-feet of torque.

The C-HR is among the slowest in the class, going 0-60 mph in 10 seconds. Even the underpowered, fuel-efficient Toyota Prius is faster.

Another knock on the C-HR is it doesn’t offer all-wheel drive like some other competitors. Adding AWD and offering an alternative engine, perhaps a turbocharged one, would certainly improve the C-HR.

While performance is disappointing, the C-HR does deliver good handling and can be fun to drive in certain situations where its somewhat sporty driving acumen is on display. One annoying thing is at higher speeds the C-HR can get noisy.

Seating is comfortable for the driver, thanks in part to an eight-way power-adjustable seat. The back seat is not as comfy, but can accommodate adults even with its somewhat modest dimensions. Cargo space is about average, 19 cubic feet behind the back seat and expanding to 36.4 cubes with the seat down.

One of the darlings in the subcompact class in its 2017 debut, the Toyota C-HR has lost some of its luster. While the interior and the way it handles are on a plus, anemic performance helps downgrade the C-HR.