Regardless of how it matches up individually, there is no competitor that provides the diversity of the Honda Civic – the choices are numerous.

The 2015 Civic is offered in both coupe and sedan body styles. Mainstream models come in four trim levels, ranging from the base model LX, EX and top-tier EX-L, Si and SE (sedan only). The Civic lineup also features a hybrid, a gas-saving HF model (29-41 mpg), and a car that runs strictly on natural gas.

The recent exterior changes have transformed the Civic into a sportier sub-compact. It has a taller trunk, new grille and features a black bar and Honda’s distinctive logo. One more exterior addition is new wheels.

Despite the total redesign in 2012, there was considerable criticism regarding the product. Honda answered its critics and responded with some tweaking a year later and did it again for the 2014 Civic. The only major change for 2015 was adding a new SE trim level.

Much like its bigger brother – the Accord – the Honda Civic is no longer undisputed king of the hill.

The compact car segment has transformed in recent years and that has the Civic fighting amongst a number of rivals for acknowledgement and prestige. And the underwhelming 2012 redesign didn’t help keep the Civic as a clear-cut choice among its competitors.

The front-wheel drive, base model Civic engine is a 1.8-liter, four-cylinder with 143 horsepower and 129 pound-feet of torque. Overall, it’s fairly lively when climbing sizable hills and in freeway passing situations.

Go for the upgraded Si model and you get a much zippier engine, a 2.4-liter, inline four-cylinder that produces 205 horsepower and 174 pound-feet of torque. This spirited model goes 0-60 in 6.8 seconds.

The Civic Hybrid comes equipped with a 1.5-liter, four-cylinder engine that combines with the electric motor to producer 110 horsepower and 127 pound-feet of torque. The hybrid model has a standard continuously variable automatic transmission (CVT) and average 45 mpg.

For a compact, the Civic provides a roomy and comfortable cabin, and that isn’t always the case in this segment where cramped back seats are common. The trunk space is 11.7 cubic feet of cargo capacity in the coupe and 12.5 cubic feet in the sedan.

Civics historically possesses a reputation for a steady ride, and that hasn’t changed. This compact grips the road with assurance and corners well. However, it does get a little noisy at higher speeds.

The 2015 Honda Civic remains a very smart buy in the compact car category, thanks to Honda’s attention to detail. 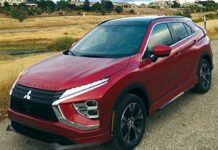 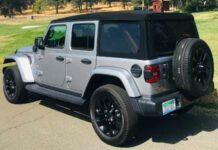 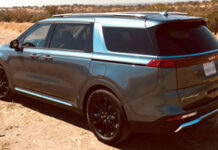