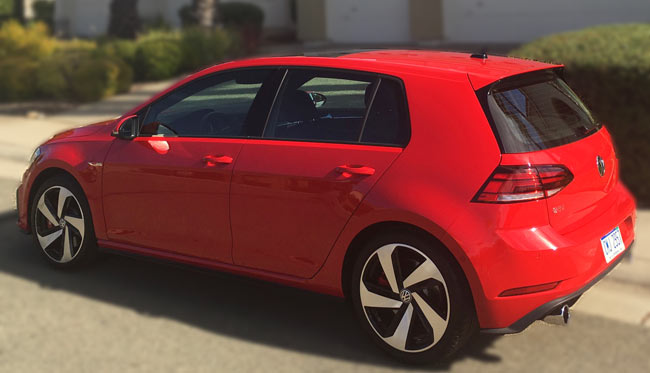 Reputation for performance and practicality

Roseville, CA- The anticipation is finally over. The all-new, eighth-generation 2020 Volkswagen Golf was introduced Oct. 24 in Europe.

Volkswagen has made a significant departure from its 2019 Golf lineup that has historically included lots of variety. That diversity is not changing. The 2020 Golf has no fewer than 10 powertrains to pick from and includes two plug-in hybrids and three hybrid variants.

While the wait is done overseas, the news for U.S. car-buyers is not so rosy. Volkswagen hasn’t decided when or if it will bring the mainstream versions of the Golf to the U.S. The German auto manufacturer is expected to make available the high-performance 2020 GTI and R models at an undetermined date. But the regular Golf is not likely to be included.

Volkswagen has owned quite the cash-cow in the Golf hatchback. Unveiled in 1974 as the successor to the VW Beetle, there have been more than 35 million Golfs sold worldwide. That ranks third among best-selling models of all-time, trailing the Toyota Corolla and Ford F-Series.

By the numbers- 2019 Volkswagen Golf GTI

Although historically a huge seller, that wasn’t the case a year ago when Golf sales dipped to 42,271 in the U.S. Sales were nearly 70,000 in 2017 and exceeded 61,000-plus in the previous two years. And it appears Golf sales will be even worse for 2019 if they don’t pick up over the final three months.

Carrying the load for Golf in 2018 were the GTI and Golf R, which represented 48 percent of all models sold. The GTI is the most alluring of the two, enjoying a long-standing reputation for providing a mix of performance and practicality at a reasonable price.

For those not familiar, the GTI employs the basic Golf platform that adds performance with a more powerful engine. Part of the seventh GTI generation introduced four years ago, this year’s GTI has added 8 horsepower for 2019 and a seven-speed dual-clutch automatic transmission replaces previous six-speed.

The front-wheel drive 2019 Volkswagen Golf GTI has one engine for all four of its trim models (S, Rabbit, SE, Autobahn), a turbocharged 2.0-liter, four-cylinder that generates 228 horsepower and 258 pound-feet of torque. It’s a peppy engine that adds fun to the driving experience. The GTI goes 0-60 in 6.8 seconds and gets an estimated 25-31 mpg.

We drove the standard six-speed manual and weren’t too comfortable with the clutch action, which required more time behind the wheel than usual to get accustomed to shifting gears. The GTI handles well overall and can handle some challenging curvy roads at moderate speeds, providing a good fun factor for a vehicle at this price level.

The GTI features a logically laid out interior and the 6.5-inch touchscreen display can be easily grasped. Apple CarPlay and Android Auto are standard and VW receives praise for offering very little hard plastic and faux leather door trim. We liked that the sizable front door pockets can each hold a water bottle.

Seating up front is good for even taller people, who enjoy solid head and leg room. The four-door hatchback can seat five, but typical of compact vehicles, three adults in the back seat becomes a tight squeeze. Cargo area (22.8 cubic feet) is wide and with the back seat folded down increases to 52.7 cube feet, one of the largest in the segment.

It might be a while until the 2020 GTI is offered in the U.S. So, the decision could be a tricky one for anyone who is considering buying a GTI. Do they wait to see the latest version or go with the 2019 model that’s been a safe bet for decades?