Despite being one of the most popular rental cars on the market, there were plenty of people who took great pleasure in taking shots at the Chrysler Sebring.

While no fan of the Sebring sedan, I felt the convertible version was an attractive model that came at a reasonable price. Sure, it wasn’t the most high performance vehicle, and the interior was lacking in several areas. But the bottom line is there were a lot worse cars on the market than the Sebring that somehow avoided all the verbal and written abuse.

If you were among the many Sebring detractors, this will come as great news -the Sebring is gone. Chrysler pulled the plug on the Sebring this year and in its place now sits the 2011 Chrysler 200. Like the Sebring, the 200 is offered as a midsize sedan or convertible and comes in four trim levels.

The sedan will seat five people, while the two-door convertible 200 provides accommodations that four occupants will judge as roomy.

The price is a definite selling point, starting at $19,245 and hiking to $26,445 for the touring model sedan that was driven here.

The move away from the Sebring wasn’t in name only. The 200 certainly has its share of improvements, including a different suspension that provides a better driving experience, a new exterior (borrowing from the stylish Chrysler 300), and upgraded interior.

Improvements are certainly noticeable with the 200 and distancing itself from the Sebring name won’t hurt sales, either. However, even though the 200 looks and drives better than its predecessor, its presence won’t put a scare into midsize heavyweights like the Toyota Camry, Honda Accord, Hyundai Sonata, Mazda 6 and a few others.

The Chrysler 200 is smaller than most of its competition, yet it’s puzzling that the convertible version still weighs approximately 425 pounds more.

There is a choice of two engines with the 200. The 2.4-liter, 4-cylinder with 173 horsepower is one option. Note that this version is equipped with a four-speed automatic transmission or a new dual-clutch six-speed automatic that will offer better performance and increase the gas mileage. If you’re looking for more overall power, go with the larger engine – a 3.6-liter V6 that produces 283 horsepower.

Anyone familiar with the Sebring knows that handling was an issue. Chrysler addressed the problem and the 200 offers a firmer ride thanks to its improved suspension. The 200 can be noisy like the Sebring during acceleration, but provide a quieter ride at cruising speeds.

Even though the 200 is on the small side, the interior is still comparable to other rivals in the midsize class. Gone is the abundance of hard plastic, but the lack of trunk space remains an issue.

Overall, the Chrysler 200 is worth a look. The changes that distance it from the Sebring should entice more car buyers. 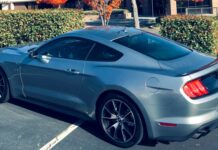 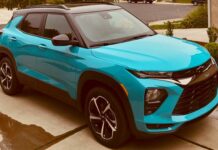 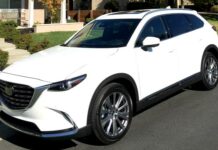 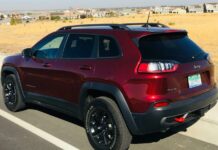 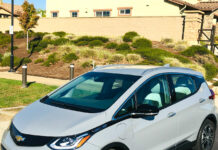 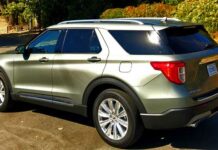