Are you confined to a strict budget, yet still in need of a vehicle that can transport seven people? One solution is the Mitsubishi Outlander, a sport utility vehicle with three rows of seating that can be driven off the dealer lot for a reasonable price.

The 2016 Mitsubishi Outlander starts at $22,995 and even a fairly upscale model that’s loaded with amenities can be purchased for approximately $30,995. That’s pretty affordable for an SUV that can transport seven people.

There’s definitely a list of competitors that can contend with the Outlander. Among those SUVS are the Mazda CX-5, Honda CR-V, Subaru Forester, Nissan Rogue and the Kia Sorento.

The Outlander was redesigned in 2014 and two years later has added several notable changes. This year’s version features a freshened exterior, the first Mitsubishi to have the brand’s new front design, which the Japanese manufacturer is calling the “Dynamic Shield.”

New for 2016, the front grille is mostly chrome and the rear styling includes an extended liftgate, LED taillights and a new bumper. Both 18-inch alloy wheels and heated side mirrors are now standard. Mitsubishi also points out that it has added new platform enhancements to improve the handling and ride. However, some auto reviewers question if the ride and handling are really that much better.

Depending on your performance preference, the Outlander provides two choices. The more powerful engine – 3.0-liter, V6 that produces 224 horsepower and 215 pound-feet of torque – was test driven here and thoroughly enjoyed. It was the best experience I’ve ever had with an Outlander, and much of that was due to performance. While not a world beater, this particular Outlander went 0-60 mph in 7.6 seconds, about average for the class.

Going with the less powerful engine – 2.4-liter, four-cylinder, that generates 166 horsepower and 162 pound-feet of torque – means one saves a little gas (24-29 mpg), but certainly gives up performance as well. This Outlander has been known to labor up steep hills and goes 0-60 mph in a tepid 9.2 seconds.

Note that the four-cylinder has a towing capacity of 1,500 pounds and the V6 version more than doubles that load capacity at 3,500 pounds.

For a relatively inexpensive vehicle, the Outlander offers a solid interior in terms of design and quality. We like the many soft-touch materials and the dashboard is smartly laid out and most people will find it intuitive. There’s a standard 6.1-inch touchscreen interface.

The Outlander seating is comfortable and everyone should be happy with the exception of the third row, which is cramped. The hauling area goes 10.3 cubic feet of cargo room behind the third row of seats, but expands to 34.2 cubic feet behind the second row. 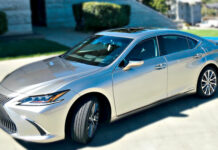 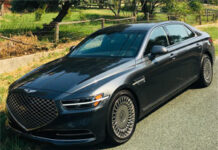 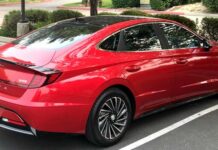 Toyota Highlander: Redesigned and better than ever