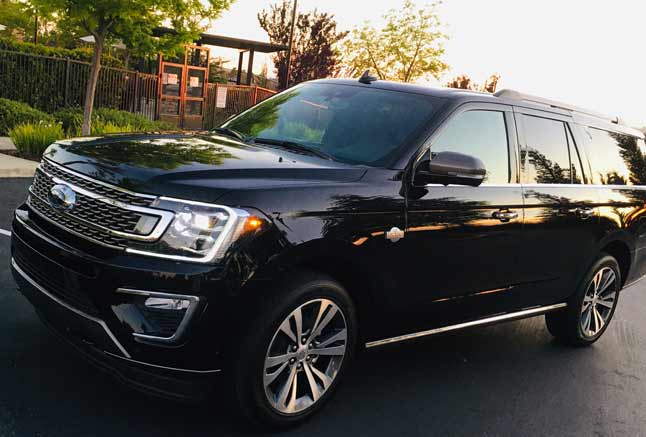 Roseville, CA- Prior to delivery we were prepared to be unimpressed by the 2020 Ford Expedition. Were we excited at the prospect of testing the new model – the answer was an emphatic no.

Our previous encounters with the Expedition were more than a decade ago. Etched in our memory was the image of a large, lumbering sport utility vehicle that we would never consider buying. Yet to our surprise, this time the Expedition exceeded all expectations.

Understanding changes needed to be made, Ford redesigned the full-sized SUV in 2018. Among the additions were a more performance-laden turbocharged engine that increased the towing power, thanks to Ford making the entire body lighter by 300 pounds. The redesign also included adding a 10-speed automatic transmission, replacing the outdated six-speed. Some interior additions also sweetened the overall appeal.

The transformation must have made a difference because Expedition sales immediately were on the rise, reaching 88,830 last year after plummeting to just under 52,000 in 2017. While the current figures are way below the Expedition’s glory years between 1997 and 2000 (exceeding 200,000 all four years), its promising nonetheless.

Let’s face it, large SUVs are not in vogue right now. The compact and subcompact SUV classes keep growing in number and so do their overall sales. Yet there is a place for big SUVs and the revamped Expedition shouldn’t be overlooked.

While not in the class of luxury brands, the Expedition can hang with its primary competitors. It can seat up to eight passengers comfortably, tows like a full-sized truck, offers good handling for a large vehicle, and can perform just fine when going off-road for a little adventure.

The 2020 Ford Expedition has an appealing exterior and comes in four trim models – entry-level XLT, Limited, King Ranch (test-driver here), and the Platinum. There’s a choice of standard-length and extended-length (EL). The EL is nearly 15 inches longer than the standard-length model and its wheelbase is a foot longer, giving it additional cargo space.

The rear-wheel drive Expedition features a twin-turbo 3.5-liter, V6 engine that generates 375 horsepower and 470 pound-feet of torque. The Platinum trim adds to the performance – 400 horsepower 480 pound-feet of torque. The Ecoboost V6 surprised us with its power when climbing hills and can go 0-60 mph in a highly respectable 6.9 seconds, and tows up to 9,300 pounds. Four-wheel drive is available on every trim level.

As mentioned previously, the handling is solid for such a large SUV. We never felt overwhelmed in any driving situation, other than trying to squeeze into a small parking space. It’s not a car-like drive, but what large SUV offers that? New standard features include the Co-Pilot360 suite of driver-assistance features – lane-keeping assist, blind-spot monitoring, and automated emergency braking.

Its huge wheelbase is a primary reason the Expedition delivers tremendous room and comfort to all passengers, and that includes adults occupying the third row. We’re fans of the 8.0-inch Ford Sync, an entertainment and communications system that allows users to make hands-free calls, control music, and perform other functions via voice commands. Android Auto, Apple CarPlay, and a 4G LTE mobile hotspot come standard.

The second-row choices are either a standard three-seat bench or two captain’s chairs. The cargo area is cavernous – 36 cubic feet behind the third row, 79.6 cubes with the second row down, and expanding to 121.5 cubic feet with both rows flat to the floor with a mere touch of a button.

The cargo area also has a cool new flip-out floor tray that has multiple uses as a table. There’s also a handy loading lip that prevents items from rolling out of the back when the tailgate is opened.

Priced at under $50,000 for the standard model, the 2020 Ford Expedition delivers in plenty of areas and should be considered when purchasing a large SUV.